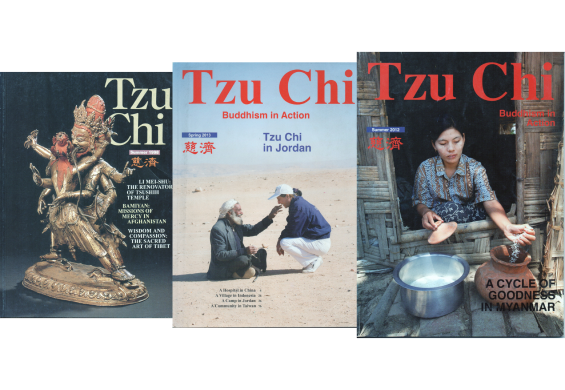 The Tzu Chi Monthly Magazine, a bi-weekly newsletter, was published in 1967—a first step envisioned by Master Cheng Yen towards promoting a Buddhist culture. The radio program Tzu Chi World was aired for the first time in January 1985; the following year, the Center for Tzu Chi’s Mission of Culture in Taipei was opened and another magazine, the Tzu Chi Companion, launched. In January 1991, working with the Taiwan Government Information Office, Tzu Chi began a series of public lectures on "The Happy Life .” In 1995, Tzu Chi aired its first television program; by 1996, it had a website, and by 1998, its own TV station, Da Ai TV (for “great love”). The station aired short films and drama series highlighting values and good deeds, featuring characters worth emulating. Da Ai had two HD (high definition) channels in 2012, along with a worldwide channel and 12 satellites that broadcast new children’s programs and documentaries on health, science, the arts, the environment and more, commercial-free. Da Ai TV is available in the Philippines on cable TV. 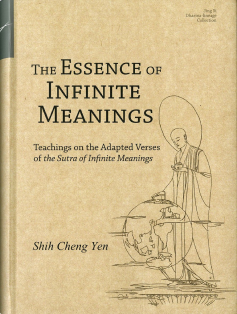 The Tzu Chi Cultural Publishing Company, which would print Master Cheng Yen’s teachings and other important materials for greater access, was established in 1990, delivering materials to bookstores and other mainstream outlets, instead of relying on volunteers to distribute them by hand. Later, Jing Si (“still thoughts”) Publications would make more printed material available through Tzu Chi’s very own bookstore, Jing Si Books and Café, which had 84 branches worldwide by 2016. Its hands-down bestseller: The Jing Si Aphorisms, the compiled talks and sayings of the eloquent Master Cheng Yen, which have inspired and guided many. Some four million copies have been printed worldwide, in 18 languages, and the volumes can be found in schools, stores, prisons, government offices, and public and private libraries all over the world.

The center of culture in Taipei is today the headquarters of Da Ai TV, e-radio, the Tzu Chi Monthly Magazine as well as its digital arm, the Chinese monthly magazine Rhythms (first published in 1998), English and Japanese periodicals, and Jing Si Publications. It is through these channels that the organization’s message of love and compassion is spread to every corner of the world.