Mary Pardilla may be Nick Angelo Pardilla’s aunt, but she behaved like any proud parent would at a recognition ceremony hosted by Tzu Chi Foundation for its 75 new college scholars last September 11 at the Buddhist Tzu Chi Campus in Sta. Mesa, Manila. With this latest batch of scholars (some of whom come from Albay, Iloilo, Cebu, Davao, and Zamboanga), the current number of Tzu Chi elementary, high school, and college scholar-beneficiaries totals 680.

Using her cellphone camera to take stolen shots of the 20-year-old Nick, whose Bachelor in Business Technology Livelihood Education (major in Information and Communication Technology) at the Polytechnic University of the Philippines will be fully funded by Tzu Chi, Mary held back tears as she recounted how he and his three siblings ended in her care.

“When their mother died of eclampsia and their father of complications from hypertension, our family wondered about the future of these four children,” says Mary who is the youngest sibling of Nick’s late dad. “I felt sorry for them. I said, ‘What will happen to these kids? They have no mother and father, they only have each other to love.’” Saddened by the thought of separating the siblings, Mary (who doesn’t have a family) gradually took them in: Nick and his older sister first, then a younger brother and sister.

Relatives help her with finances, but the task of raising four children on a daily basis goes to Mary alone, a challenge for the 53-year-old social studies public school teacher. “I never tell them of my struggles. I just tell them to study well,” she says.

With Nick’s Tzu Chi scholarship, Mary knows her nephew is in good hands. Apparently, as she and parents learned during the orientation program, the privilege doesn’t just cover their children’s academics; it molds them to be responsible and productive men and women, through the values taught in its monthly Humanity classes.

The first value imparted? Charity. Told that their scholarships were sourced from the donations of disaster victims, pandemic beneficiaries, and other sectors helped by Tzu Chi, scholars and their parents became benefactors themselves. As they exited the Jing Si Hall, they dropped their pledges in large bamboo coin cans.

“You have good objectives for your scholars. I especially like your 10 precepts,” says Mary. “I’m not Nick’s parent and I only see him at home after work, but at least I know he is being guided. Here, he will be motivated spiritually. I hope he gets to share this with his siblings.”

Like Mary, 53-year-old Cherilyn Idorot Nacario choked up as she explained how her son Acer Dane, 19, had been accepted as a scholar. “He said, ‘Mama, Tzu Chi called,’” she says, unaware of what Tzu Chi is or that he had even applied for a scholarship. “I’m just a domestic helper. He’s doing everything he can to finish his studies.”

Acer is taking his BS in Engineering Technology (major in Construction Technology) at the Technological University of the Philippines. It’s a course his mother could never afford, no matter how hard she tried.

It’s been rough for Cherilyn, a mother of two sons and wife of a mechanic’s assistant. Before the pandemic, she made a living selling light snacks and drinks out of a pushcart. When COVID-19 hit, her family was among the millions affected by the lockdowns. Her eldest son, a BS Marine Transportation major, was forced to stop his studies for a couple of years to help with the family’s finances. Unable to sell her snacks, Cherilyn became a domestic helper. “Any job, just so my kids could study,” she says.

Through his Tzu Chi scholarship, Acer hopes to ease his parents’ struggles someday. “He dreams of being a civil engineer,” says his mother proudly. “Thank you for your help, Tzu Chi.”

Tzu Chi’s Educational Assistance Program doesn’t just provide its scholar-beneficiaries with relevant knowledge and skills crucial to securing good jobs in the future. “We aim to plant a seed of goodness in each one of them, to inspire then to see the goodness in others, and mold them into responsible persons and assets to society,” says Tzu Chi Deputy CEO and OIC Woon Ng.

Adds Tzu Chi Educational Committee volunteer Rosa So, “My very big wish is for them to come back and be a volunteer, to help us in our Humanity classes. These are the things that we want them to learn when they go out after being a Tzu Chi scholar.” 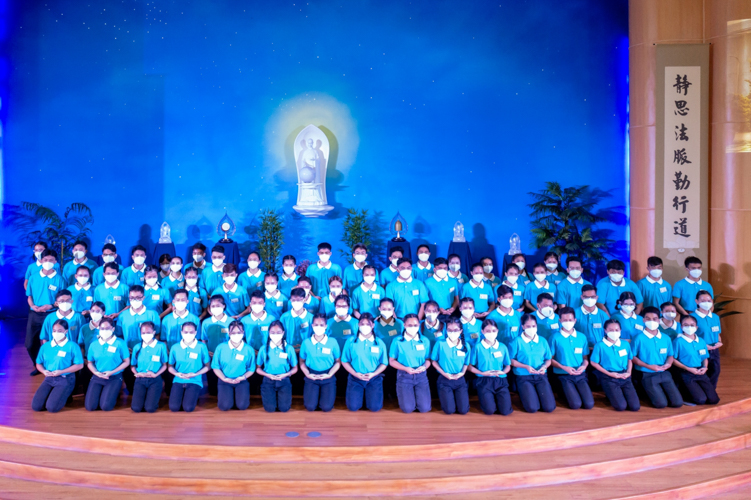 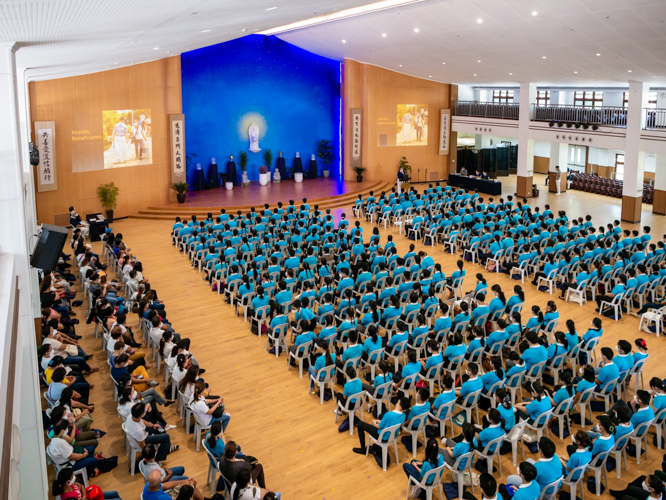 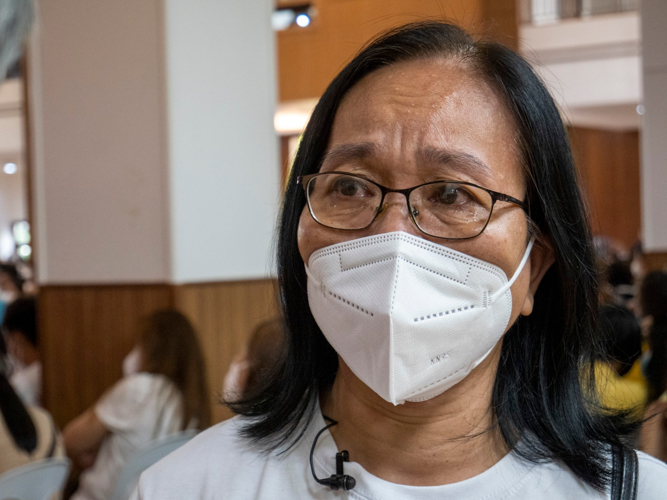 Cherilyn Nacario wept when she learned that her son Acer Dane was accepted as a Tzu Chi Foundation scholar. “I’m just a domestic helper. He’s doing everything he can to finish his studies.”【Photo by Matt Serrano】 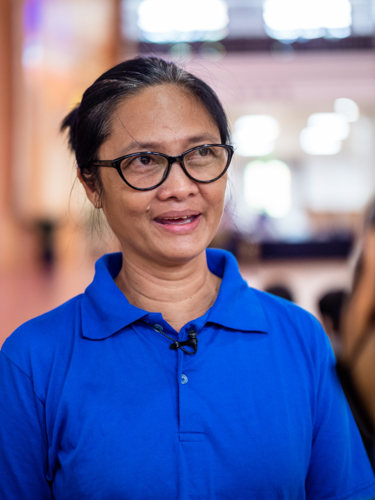 Public school teacher Mary Pardilla took in her nephew and new Tzu Chi scholar Nick Angelo after he and his three siblings lost their parents years ago. 【Photo by Daniel Lazar】 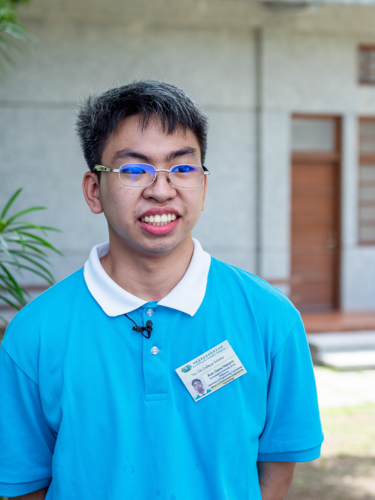 Acer Dane Nacario is taking his BS in Engineering Technology (major in Construction Technology) at the Technological University of the Philippines.【Photo by Daniel Lazar】 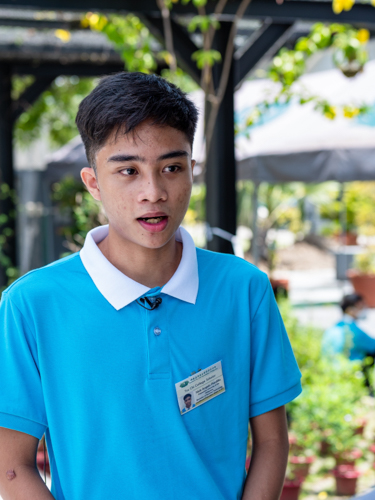 Nick Angelo Pardilla is pursuing his Bachelor in Business Technology Livelihood Education (major in Information and Communication Technology) at the Polytechnic University of the Philippines. 【Photo by Daniel Lazar】 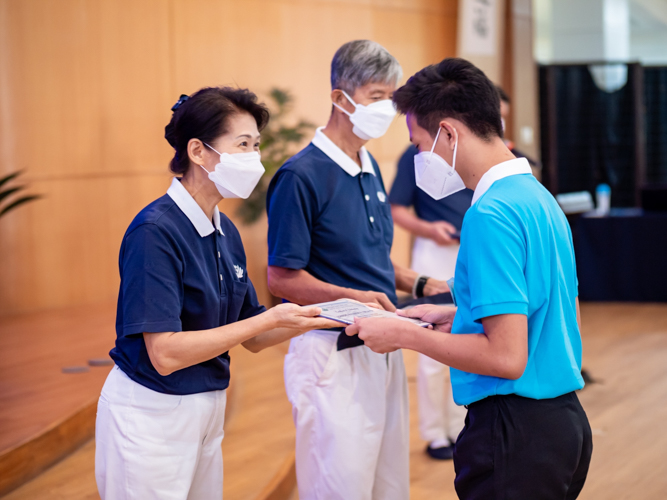 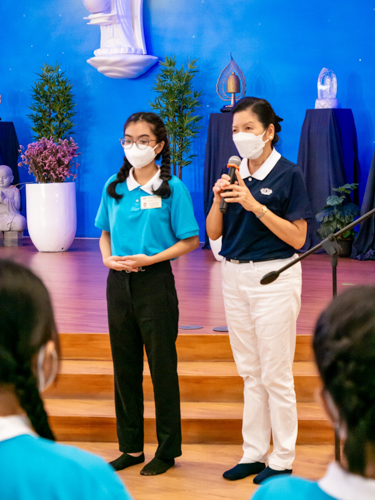 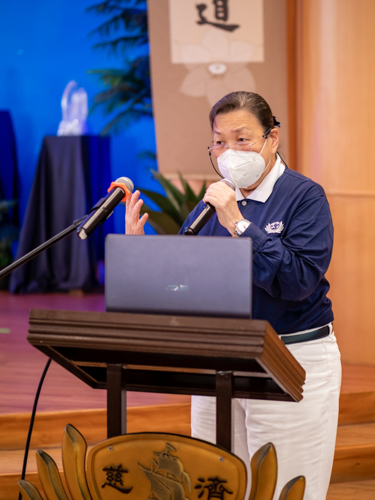 Tzu Chi Department of Communications Head Judy Lao details the history of Tzu Chi Foundation. She also explained that scholarships are the sourced from the donations of disaster victims, pandemic beneficiaries, and other sectors helped by Tzu Chi—then encouraged scholars to be benefactors too by placing their pledges in large coin banks found at the exit of the Jing Si Hall. 【Photo by Daniel Lazar】 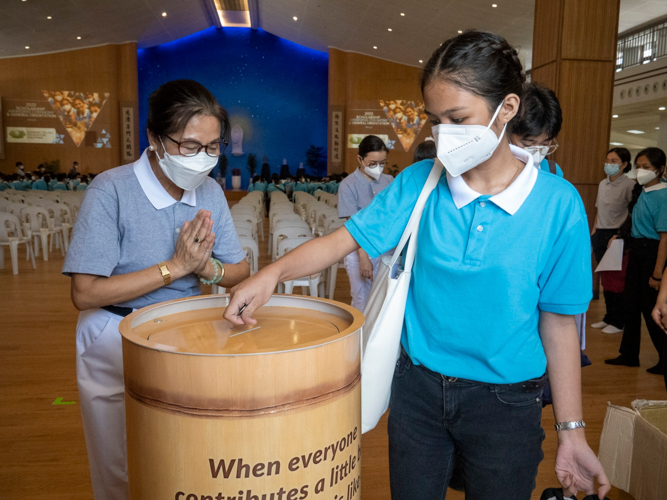 A scholar drops her pledge in a coin bank before leaving the Jing Si Hall. 【Photo by Matt Serrano】 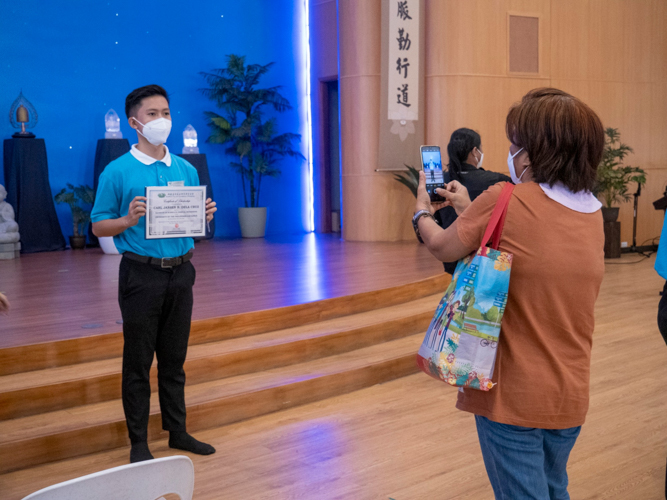 A proud mother snaps a photo of her son holding up his scholarship certificate.【Photo by Matt Serrano】 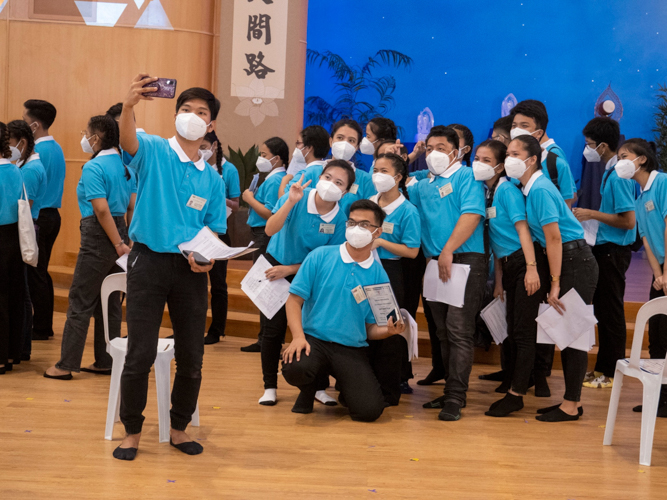 Scholars mark this important day with a selfie.【Photo by Matt Serrano】
Go Back