They offer sensible advice to volunteers in training.

In life, counseled Dharma Master Cheng Yen, one must “grasp every opportunity to do good deeds,” and make a difference in people’s lives. It’s a commitment that many in the Tzu Chi Foundation keep to this day.

Edward So has been a Tzu Chi volunteer since 2000.  “I was with a group of friends and sometimes we talked about doing good deeds and helping other people. But where could we go?” he says. Through a former classmate, he learned of the Tzu Chi Foundation, and joined after being impressed by the relief and compassion its members extended to one of their beneficiaries, the differently abled musical group, Rondalla on Wheels.

He would have many opportunities to do the same. In a medical mission in Naic, Cavite, where he was in charge of registration, he took a man to see a volunteer dentist. “The man wanted to have four of his teeth pulled but the dentist only agreed to two,” he says. “The man began wailing on the floor! Not only was he in pain, but he was so poor that he didn’t know when he could see a dentist again.” The doctor gave in to the man’s request, and before the man left, he made sure to thank So. “He couldn’t talk because of all the cotton in his mouth. But he did this,” says So and clasped his hands in prayer.

In the same medical mission, he helped a woman seeking to replace an old pair of reading glasses. “The woman was at home when she overheard tricycle drivers saying Tzu Chi Foundation was in the area giving away free glasses,” he says. “She then emptied her piggy bank for transportation money and made it in time to get a new pair of glasses. But she didn’t have any money to go home so we gave her P20.”

Leonardo Chua learned of Tzu Chi through his mother, one of the original volunteers who went around the country during medical missions in the mid-1990s. “I was actually surprised because my mom is very traditional and conservative. She was never a social kind of person. Tzu Chi changed her,” he says.

The foundation and its various activities would have the same effect on him and his wife Molita. When his mom was diagnosed with cancer, she requested them to volunteer. Focused at the time with work, they joined nonetheless, and felt the fulfillment the family matriarch experienced through medical missions, charity bazaars, and other events. “I felt so happy,” says Molita. “Although we were busy at the time, we felt that we could do something for people in need. Since then, I arrange my schedule and make Tzu Chi my priority.”

“Your mindset changes,” avers Leonardo. “When we go to squatter areas, we see the people are so poor. And yet when you talk to them, they’re smiling. How come we who are better off can sometimes feel unhappy, yet these people who have much less can be happy? We should be satisfied and grateful with what we have. And we should try to help every chance we get.”

If there’s anyone whose mindset has changed radically because of Tzu Chi, it’s Manny Go. A volunteer since 2004, Go spends Saturday mornings picking up discarded appliances, furniture, and other items in Pasig’s gated communities. The items are either sold (with profits going to Tzu Chi’s different programs) or donated to calamity victims. A vegetarian for years, he’s long given up the nightlife and the vices that go with it.

“So much of my life has changed because of Tzu Chi,” says Go, who learned about the foundation from the sister of a Buddhist, while they were on a flight from China to Manila.

Present on the day volunteers from Manila, Marikina, San Mateo, Angeles City, Cebu, Davao, and Zamboanga began their volunteer-in-training session on March 20 at the Buddhist Tzu Chi Campus in Sta. Mesa, Manila, Go offered them this piece of advice. “Whatever you do in public, people will think of Tzu Chi, not you. Whether you do good or bad, they will say, ‘Oh, that’s Tzu Chi!’

For So, who became a commissioner in 2002, it’s what Master Cheng Yen told him that he wishes to impart to the new batch of volunteers. “After you are certified, it doesn’t mean your work is done. You’ve got to do more. Your responsibility is even greater.” 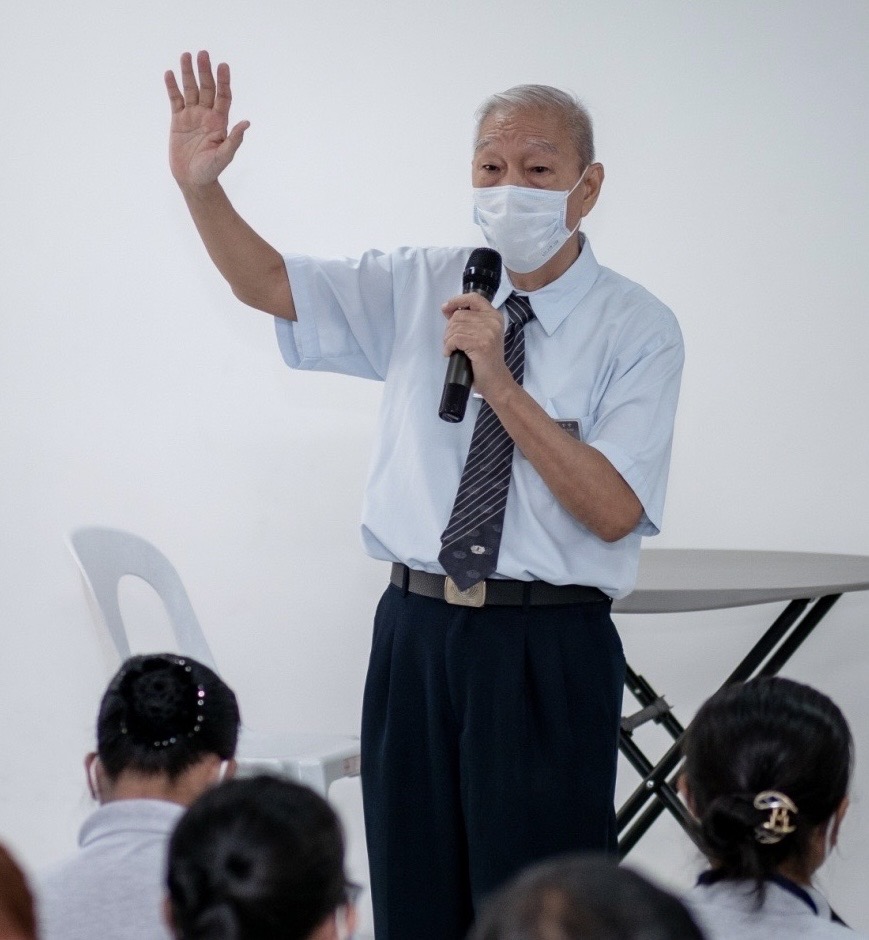 Edward So leads one of the training sessions for volunteers. “I’m not rich,” he adds, “But I can help. And for as long as I do it, I will continue to help.” 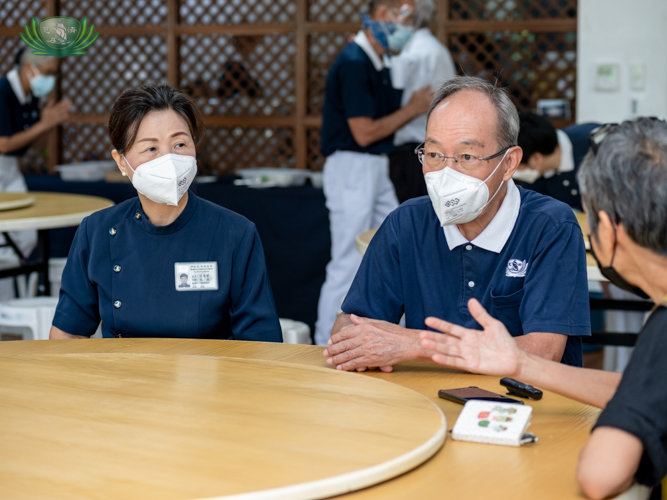 For Molita (left) and Leonardo Chua, volunteerism made them content and encouraged them to help whenever they can. 【Photo by Daniel Lazar】 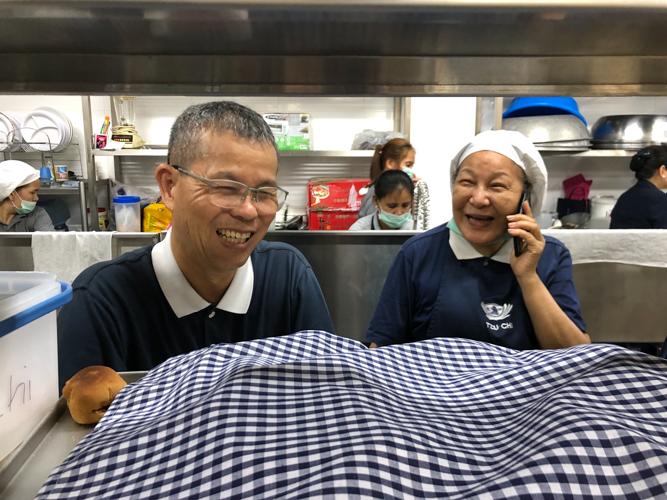 “So much of my life has changed because of Tzu Chi,” says Manny Go (left). 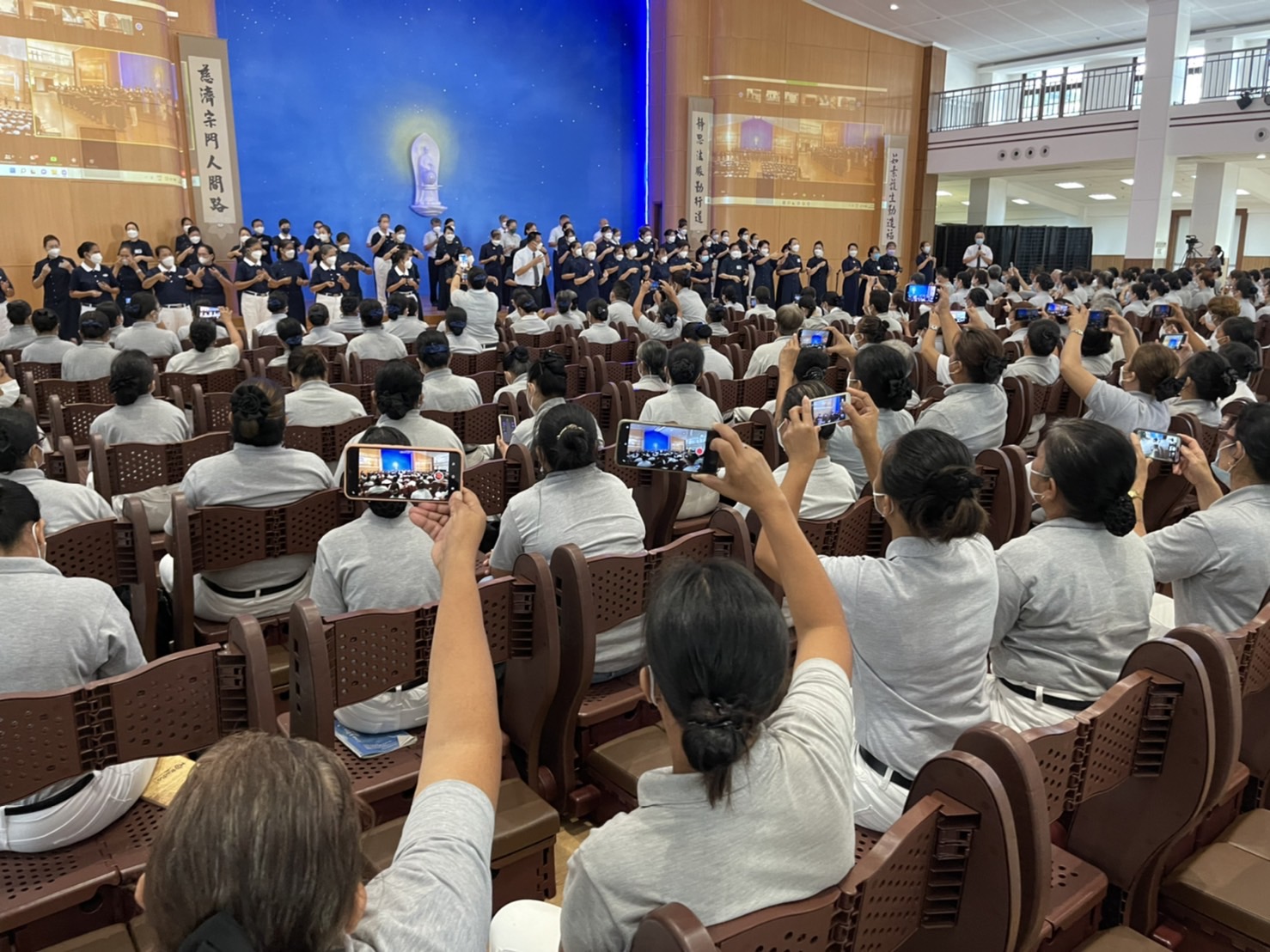 Volunteers take a video of Group Leaders and Commissioners performing the sign language to “One Family.”【Photo by Judy Lao】 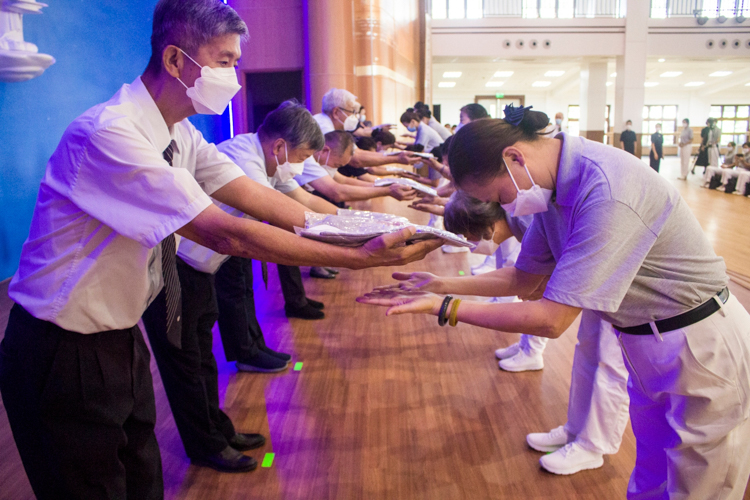 Commissioners (left) present volunteers in training with their uniforms. 【Photo by Matt Serrano】 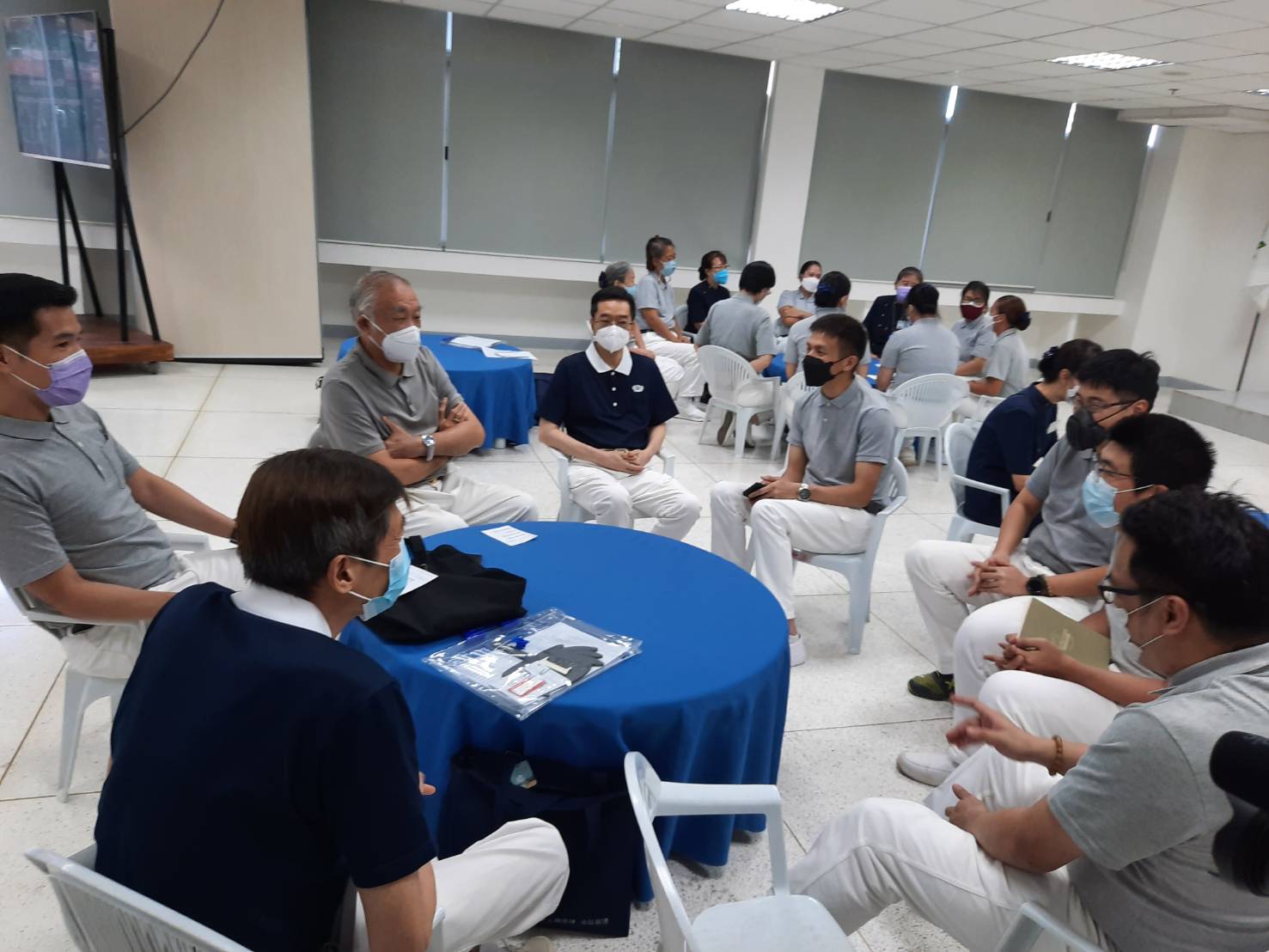 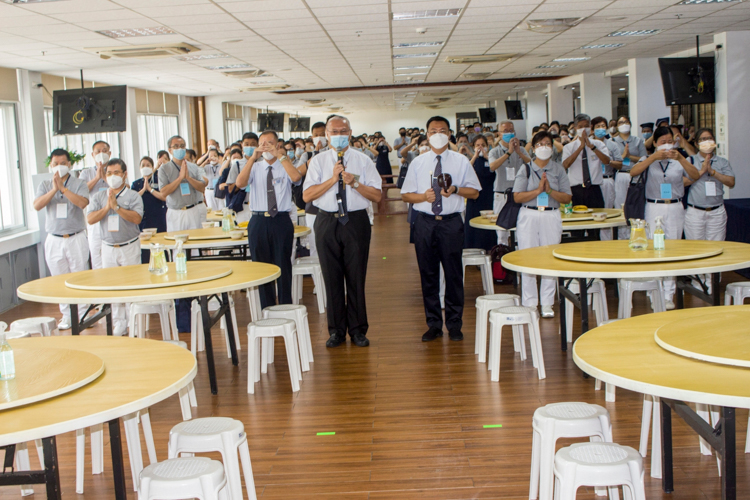 Regardless of social status and personal history, everyone in Tzu Chi is one family. 【Photo by Matt Serrano】
Go Back