In all their international relief work, Tzu Chi abides by four basic principles of timeliness, directness, priority, and practicality. Tzu Chi provides relief supplies such as food, rice seeds, clothing, blankets, and medical supplies to disaster-hit nations. It has also developed long-term relief plans, such as the rebuilding of houses and schools and developing water sources. Although the type of relief it provides may differ depending on the situation, Tzu Chi serves all who need aid with the same humanitarian spirit. 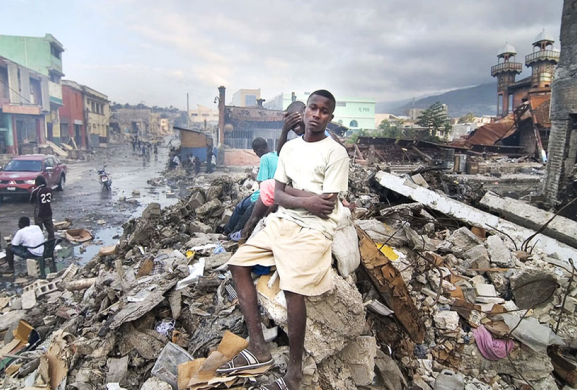 Tzu Chi carries out this mission in four ways. First, it offers aid independently as an organization, using its own resources, as it did in the eastern China flood in 1991, and in winter relief in Mongolia the following year. Second, it works with its overseas offices for disaster relief, such as during the 2003 earthquake in Iran, and the massive 2004 earthquake and tsunami in the Indian Ocean that affected several countries and claimed some 220,000 lives. Third, overseas offices also work independently, as they have done in the African nations of Mozambique, Zimbabwe, and Botswana since 1992. Fourth, Tzu Chi joins forces with other international charity organizations, such as Medecins du Monde for war victims in Ethiopia and Rwanda in 1993 to 1994, Knightsbridge International for earthquake survivors in Afghanistan in 1998, and the Red Cross for 9/11 in New York, Hurricane Katrina in New Orleans in 2005, and Hurricane Sandy and in the eastern United States, Puerto Rico, Cuba, and others, in 2012.

“Tolerance and accommodation can prevent disputes;
gentleness and great love can transform disasters into blessings.”